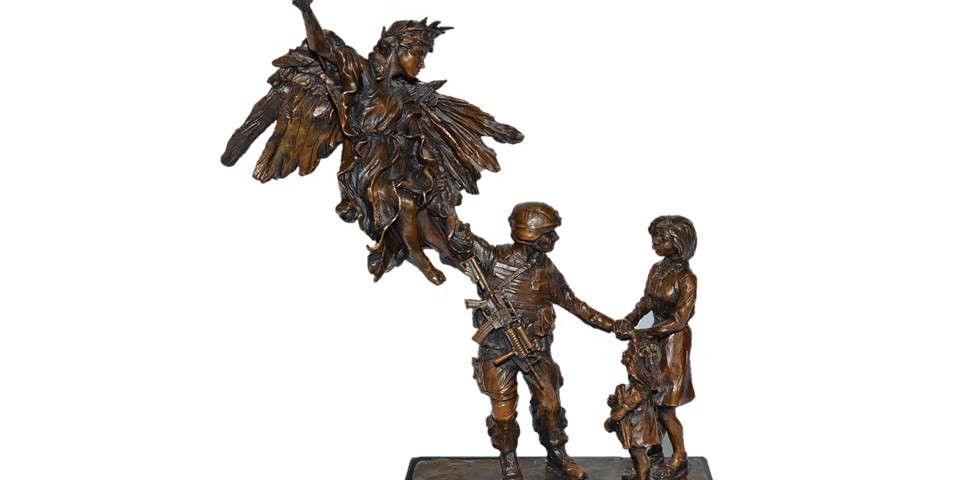 During April’s board meeting the Houston Automobile Dealers Association board learned that more than 225,000 Texans have actually served in the Global War on Terror since 2011 and Texas has approximately 10 percent of the fallen and 10 percent of the wounded warriors in the nation. The committee from the Texas War Memorial presented an emotional story about honoring these Veterans by supporting the building of the state’s first monument to honor all Texas service members and their families. During this presentation the board was moved to get behind this initiative for HADA, along with individual dealer donations.

The “The Price of 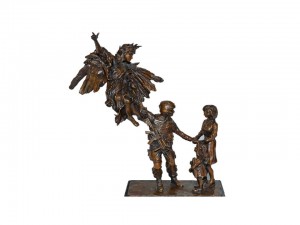 Liberty” is slated to be built on Texas Capital grounds September 11, 2017 and will stand approximately 20 foot tall. The statue portrays a service member and his family who must part for an overseas deployment for the Global War on Terror. There is a foreshadowing of a poignant outcome, as the service member may pay the ultimate sacrifice. The spouse’s reluctance to let go of her husband’s hand reflects the known potential price and the daughter holding the triangular funeral flag portrays the tragic future. Lady Liberty is extracting the soldier, paying the price for our liberty. Lady Liberty’s design also depicts the “Goddess of Liberty” perched atop the Texas Capital dome.

This unique and beautiful statue will take about $500,000 to fund and build. With the financial assistance of HADA and various dealers purchasing 24” bronze replica statues, the organization has now reached three-quarters of their goal. Additionally, during the Houston Auto Show, organizers have decided to dedicate a day to fundraising for this effort by hosting a Veteran’s Service Day during the Show. More details will come closer to the Auto Show, April 5-9, 2017.

HADA greatly appreciates the support of the dealer community and continued commitment to honor Texas’ service members.  This monument has already received legislation approval from Governor Greg Abbott in 2015 for it to be placed on Texas capitol grounds and will also capture the faces and stories of service members and their families to archive as a “Living Memorial.” Dealers can look forward to seeing the monument construction while visiting Austin, especially during the upcoming legislature season. Learn more about the monument at www.texaswarmemorial.com.